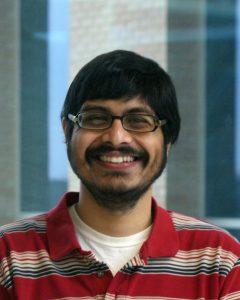 Project Summary: Epstein Barr Virus (EBV) is a human tumor virus that infects greater than 95% of the world’s adult population. EBV is causally linked to malignancies such as Burkitt’s lymphoma, and gastric and nasopharyngeal carcinomas. Infection during adolescence and early adulthood can lead to infectious mononucleosis.  The EBV life cycle includes a latent phase – viral DNA undergoes licensed replication and infectious virions are not produced – and a lytic phase, during which viral DNA replication is ramped up and infectious virions are produced.  As for other herpesviruses, EBV’s lytic phase proceeds through an ordered cascade of events. First, immediate early genes BZLF1 and BRLF1 are expressed. These genes encode transcription factors that activate expression of early genes, many of which are involved in viral lytic DNA replication. Viral DNA replication is intricately tied to the expression of late genes, which mainly encode EBV structural and tegument proteins.  Three factors seem to be essential for EBV’s late genes to be expressed and for the lytic phase to proceed to virion production: a set of six viral proteins that form a complex called the viral pre-initiation complex (vPIC), the viral origin of lytic replication, OriLyt, which must be present in cis, and viral DNA replication. One model that incorporates all of these essential elements into a working hypothesis of EBV late gene expression is that lytic replication of EBV DNA yields newly synthesized viral DNA that is epigenetically distinct from the template. The vPIC complex can bind the newly synthesized DNA – but is not able to bind the parental DNA – and recruit RNA polymerase II and other factors necessary for the expression of EBV’s late genes.  EBV lytic replication and transcription both take place in “replication factories” – discrete locations within the nucleus, seemingly devoid of histones. Cellular replication and transcription are usually separated in time and space; how do both processes take place in the replication factories at the same time (or close) during EBV lytic replication?  Dr. Adityarup Chakravorty’s research will elucidate the details of late genes’ transcriptional dependence on lytic DNA replication. To do so, he will: (1) determine which proteins – viral (and/or cellular) – bind newly synthesized EBV DNA during lytic DNA replication and late gene transcription. He will thus identify constituents of the cellular and EBV early and late lytic transcription mechanisms to understand how the virus co-opts cellular processes to mediate its own gene expression on what is an unconventional template. He will use EdU to label newly synthesized DNA in cells in which EBV is undergoing lytic replication. Then formaldehyde will be used to crosslink protein-DNA complexes. He will use click chemistry to isolate the newly synthesized DNA along with associated proteins and protein complexes, which can be identified using mass spectrometry (iPOND). Ascertaining which proteins are associated with newly synthesized EBV DNA during lytic replication/transcription will also allow Dr. Chakravorty to answer more detailed and probing questions. For example, he will (2) determine specific sites bound by various viral proteins, such as vPIC, or cellular proteins, such as RNA polymerase II, by using chromatin immunoprecipitation followed by high-throughput sequencing (ChIP-Seq).   By varying the length of time for which newly synthesized DNA is labeled in cells, he aims to (3) determine when histones are lost from newly synthesized DNA (or if histones are ever part of newly synthesized DNA) and how long after its synthesis EBV DNA begins serving as a template for transcription.