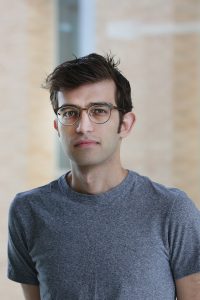 Research Description:  The oncogenic human γ-herpesvirus, Epstein-Barr virus (EBV), exists in two states in infected cells: latent infection and lytic reactivation. EBV latency is characterized by expression of a limited number of gene products and is linked to the development of several B-cell and epithelial cancers, including Burkitt lymphoma, Hodgkin lymphoma, nasopharyngeal and gastric carcinomas. EBV lytic replication is essential for spread of the virus to other hosts and there is compelling evidence that it contributes to the development of EBV-associated malignancies.
EBV lytic cycle proceeds through an ordered cascade, in which first immediate-early and early genes are expressed, then viral DNA synthesis occurs, and finally late genes are expressed. True late genes cannot be expressed if viral DNA synthesis is blocked. Although late gene expression is tightly regulated, the mechanisms of this regulation are poorly understood.
My project in the Johannsen Lab focused on delineating the molecular basis of late gene transcription and its strict linkage to lytic DNA synthesis. My work helped define and characterize six highly conserved EBV genes with orthologs in other β- and γ-herpesviruses  (i.e., βγ genes) that collectively encode a viral pre-initiation complex (vPIC) required for late gene transcription. Most importantly, I showed that EBV vPIC can only transcribe late genes from viral genomes that are competent for DNA replication. I further demonstrated that late mRNAs emerge from viral DNA replication compartments. Thus, vPIC serves as a molecular link between newly replicated viral DNA and late gene transcription and is a potential therapeutic target.
Predominantly, mRNA transcription (cellular or viral) is suppressed during DNA replication. My work also raises interesting questions about how vPIC is able to mediate efficient transcription from newly replicated DNA that is devoid of canonical histones and, therefore, lacks most epigenetic regulatory signals. It is likely that vPIC must overcome a number of cellular checkpoints designed to prevent such transcription and proteins that bind specific histone modifications would need to be recruited by other means. At present, understanding of the specific role of each of the vPIC components is lacking.
It will be important to determine the functions of the remaining βγ gene products and understand how they act to permit transcription from this atypical DNA template.