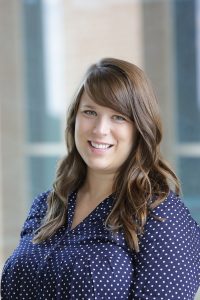 Research Title:  Radiation-Induced Autophagy as a Mechanism of Therapeutic Resistance in HPV+ and HPB- Human Head and Neck Cancers

Project Summary: Dr. Eckers’ research focused on the molecular basis of radiation-induced autophagy as a mechanism of therapeutic resistance in HPV+ and HPV- human head and neck cancer (HNC). HNC is the sixth most common cause of cancer death in the United States, with a five-year survival rate of approximately 50% and high rates of toxicities from traditional treatments. Worldwide there has been a shift in the etiology of HNC. While tobacco/alcohol use remain responsible for the majority of cases, human papillomavirus (HPV) infection causes approximately 1/3 of all HNCs and up to 80% of cancers arising in the oropharynx in this country. Multiple studies have shown that patients with HPV+ HNC have improved outcomes compared to stage-matched patients with HPV- HNC. Over the last few years, the Kimple Lab has shown that HPV+ HNCs are more sensitive to radiation due to the effects of the viral oncogenes E6 and E7. HPV+ HNCs demonstrate impaired DNA repair and increased apoptosis following DNA damage induced by radiation therapy (RT). Disease control rates for patients with locally advanced HPV-positive HNC remain poor: disease progression is seen in 40- 50% of patients despite treatment with aggressive chemoradiation. One potential mechanism underlying therapeutic resistance is the upregulation of autophagy, a self-degrading process where cytoplasm, organelles, or membranes are engulfed and digested in lysosomes. Autophagy is classically activated to help cells deal with nutrient deprivation, but recent studies suggest a protective role for autophagy in response to radiation and chemotherapy. Dr. Eckers’ research is aimed at understanding the molecular basis of radiation-induced autophagy as well as how HPV oncogenes modulate autophagic resistance. Her current work suggests that both EGFR and LAPTM4B play a role in the regulation of radiation-induced autophagy. Additionally, her work demonstrates that expression of E6 and E7 significantly lessen the autophagic response in HNC cells.