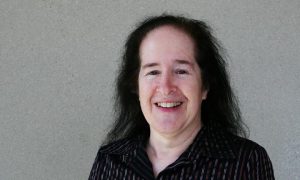 Dr. Mertz has continued her studies aimed at understanding regulation of the switch between Epstein-Barr

proteins and physiological inducers such as TGF-β and hypoxia. They have identified several cis-acting elements and trans-acting factors (e.g., ZEBs, Blimp1, HIFs) that play crucial roles in the maintenance of EBV latency and reactivation into lytic replication and determined the mechanisms by which they do so. Using this information, they have logically identified several novel classes of drugs that induce lytic EBV reactivation in EBV-positive cell lines derived from epithelial and B-cell cancers that are in phase 3 clinical trials or already FDA-approved for other purposes. These studies may lead to the development of better therapies for treating patients with EBV-associated diseases. Dr. Mertz collaborates extensively with Drs. Johannsen, Kenney, Lambert and Sugden.  Dr. Mertz’s lab is supported by the Tumor Virology P01 (leader of Project 4).