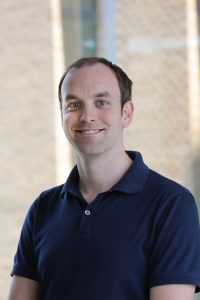 Research Summary: Patrick studied the Human Papillomavirus (HPV), a small DNA virus that infects stratified squamous epithelia, which is found in sites such as the skin, tongue, and cervix. HPV is known to be the primary cause of cervical cancer, as well as a subset of Head and Neck Squamous Cell Carcinomas (HNSCC), with the viral proteins E5, E6, and E7 being the driving oncoproteins. Patrick’s project focused on studying tumorigenesis of both HPV-positive and HPV-negative HNSCC in relation to the Notch signaling pathway. This pathway is crucial in cell differentiation decisions with differential downstream targets and effects depending on tissue type and developmental stage. While the Notch signaling pathway was first shown to be oncogenic in T-cell acute lymphoblastic lymphoma, other published results have shown it to act as a tumor suppressor in other tissues. Two independent reports from 2011 by Agrawal et al. and Stransky et al. showed that Notch1, the primary receptor for the pathway, was the second most frequently mutated gene in HNSCCs behind p53, a gene mutated primarily in HPV-negative HNSCC. Because the Notch1 mutations were predicted to be inactivating mutations, this led to the hypothesis that the Notch signaling pathway acts as a tumor suppressor in head and neck cancers. To test this hypothesis, a mouse strain with inactivated Notch signaling via expression of a dominant negative form of the MAML1 gene (DNMAML1) is being utilized. MAML1 is a required transcriptional coactivator of Notch signaling, and expression of DNMAML1 results in inactivated Notch signaling. This gene was expressed in conjunction with either HPV16 E6/E7 transgenes or a mutated p53 to simulate HPV-positive and HPV-negative cancer drivers, respectively. These mice are currently being monitored for head and neck cancer upon long-term treatment with the carcinogen 4NQO. Preliminary results indicated that loss of Notch signaling leads to an increase in tumorigenesis in both an HPV-positive and HPV-negative context. These studies elucidated the role of Notch signaling in head and neck tumorigenesis, and could also shed light on possible differences in how it interacts with HPV-mediated tumorigenesis as opposed to HPV-negative tumorigenesis.