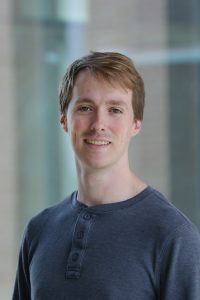 Research Description.  Epstein Barr virus (EBV) is a ubiquitous viral infection that persists in the majority of adults. While many infected individuals will not experience symptoms after primary infection, EBV is responsible for ~2% of cancers globally. EBV is associated with Burkitt’s lymphoma, Hodgkin’s lymphoma, AIDS-associated lymphomas, nasopharyngeal carcinoma (NPC), and 10% of gastric cancers. EBV’s association with epithelial cancers remains understudied due to the lack of non-transformed cell model systems available to researchers; inefficient and transient infection of primary epithelial cells in monolayer culture leads to this difficulty. EBV infection in oral hairy leukoplakia biopsies has been shown to be lytic and restricted to the differentiated layers of stratified epithelium. NPC consists of undifferentiated epithelial cells, and the EBV infection is latent, suggesting the host’s epithelial cells may require aberrant changes for EBV to establish a latent infection in basal epithelium. Advances in the capability to latently infect with EBV immortalized epithelial cell lines such as Normal Oral Keratinocytes (NOKs) and TERT expressing human gingival cells (HGET) has provided virologists the means to determine how EBV lifecycle is regulated in epithelial cells. These cell lines have already proven to be a valuable means of determining epithelial specific mechanisms by which EBV reactivates. Nicholas’ research has established a novel immortalized latently infected epithelial line, HGET-Akata. This line, like NOKs, can only be reactivated from latency EBV by immediate early protein BRLF1. It will be incredibly useful as a means to confirm findings in NOKs. Additionally, Nicholas’ work focuses on determining how EBV, in the context of mutant p53, substantially increases the expression of lytic proteins during differentiation. p53 is a famous tumor suppressor whose functions prevent excessive DNA damage through initiating apoptosis and cell cycle arrest. p53  mutations account for ~10% of all NPC tumors. The interaction between EBV and p53 is complex and context specific. p53 enables lytic reactivation in certain situations, but when p53 is overexpressed along with immediate early protein BZLF1 prevents lytic reactivation. NOKs contain a sub-population of cells containing K120E p53 mutation. In some instances, NOKs containing K120E have completely been selected for over time. This mutation has been shown to be completely defective for transactivating apoptotic and growth suppression p53 target genes. In organotypic raft cultures, which mimic a stratified epithelial environment, this mutation surprisingly enhanced differentiation compared to wild type p53. Furthermore, in NOKs K120E containing latent EBV, the ability of these cells to express lytic LMP1 and immediate early protein BZLF1 on rafts is also greatly enhanced. Nicholas hypothesizes that this increased EBV lytic reactivation is linked to the enhanced differentiation of the mutant p53 NOKs cells. He has found that WTp53 NOKs Akata in monolayer, when stimulated with lytic inducers such as sodium butyrate, will strongly induce lytic reactivation; conversely, K120E and Δp53 are deficient in lytic reactivation. Nicholas hypothesizes that this is due to the inability of p53 to be acetylated at the K120 site, which is crucial for p53’s initiation of the apoptosis pathway.